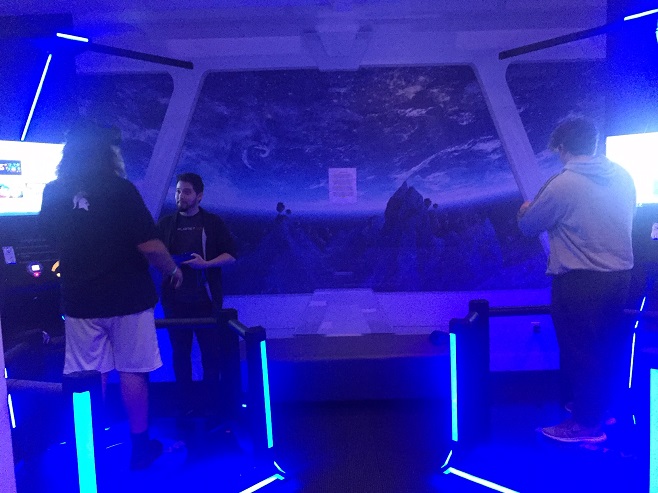 I have discovered a new planet. And it is not in a far off galaxy. It’s in Youngsville!

Mustang 1071 is showing love for Planet VR! Planet VR is a virtual reality amusement park located at 327 Iberia Street. It is a block away from Youngsville Middle.

My son and I were looking for something different to do over the weekend. And somehow, through intergalactic exploration, we landed at Planet VR. Planet VR is full of high-tech equipment that allows visitors to experience virtual reality. When you arrive, you put on these box-like glasses. The glasses give you the illusion of walking inside a video game. Seriously. You can look up, down and behind you. If you were going to buy this type of virtual reality equipment for your home, it would cost in the thousands. But at Planet VR you can have fun using VR at an affordable price. 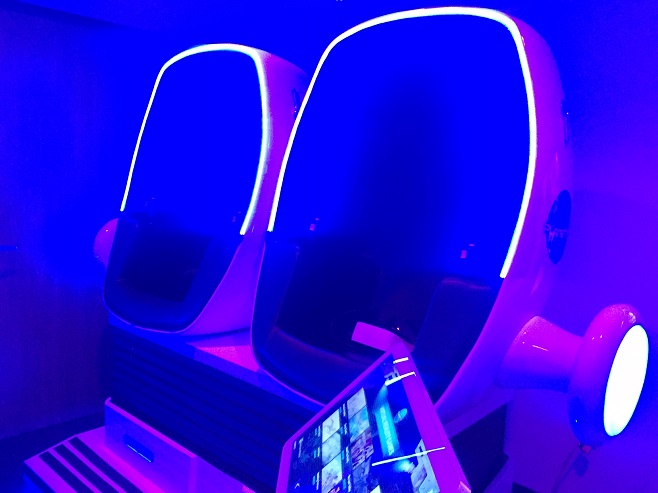 One of the games at Planet VR that my son and his friend especially loved was the boxing game. It involved standing on a platform. The platform vibrated when you got hit adding the surreal experience. I walked through a world from the Jurassic Park movie. Well, it felt like I walking but I was actually sitting. It is definitely a mind job. The world had little dinosaurs running around me. I also rode a roller coaster and sat through a haunted house packed with psychopathic monsters. The haunted attraction was very creepy. It involved monsters, blood, and knives and is recommended for adults only.

Brant Suire, one of the owners of Planet VR, said he and his brother had been talking about creating a place for kids to have fun. His brother brought the idea of Virtual Reality technology. They both starting researching this fairly new type of gaming. It was not long before, they were moving this high tech equipment into their Youngsville location.

This place is not only for kids. Anyone of any age can enjoy the roaming adventure of VR gaming. Planet VR has had residents from nursing homes enjoy VR gaming. Some nights, at Planet VR, are even designated as Adult nights. Couples and individuals hang out at Planet VR dine on the catered food and just have fun. There are secluded party rooms that come complete with drinks and pizza.

After we left, my son and his friend kept talking about how much fun they had, for this reason, Mustang 1071 is showing some love for Planet VR. 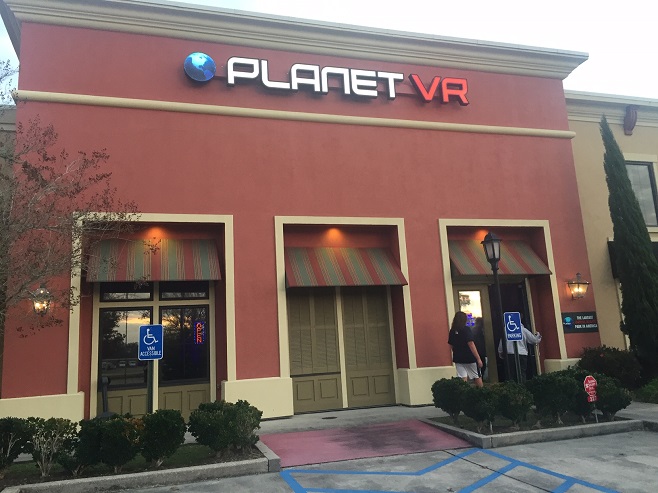