Nashville Skyline is the ninth studio album by Bob Dylan, released in April, 1969, on Columbia Records… it was available as an LP record, reel to reel tape and audio cassette, my how things have changed..

Building on the style he experimented with on John Wesley Harding, Nashville Skyline displayed a complete immersion into country music. The result received a generally positive reaction from critics, and was a commercial success. Reaching number 3 in the U.S., the album also scored Dylan his fourth Number One album in the UK.

Dylan’s foray in to country music comes complete with a Johnny Cash duet on Girl From The North Country. Despite the dramatic, commercial shift in direction, the press also gave Nashville Skyline a warm reception. Nashville Skyline is a solid interpretation of the country genre through the lenses of one of music’s greatest songwriters. 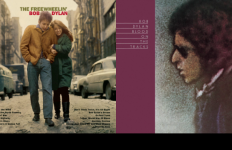 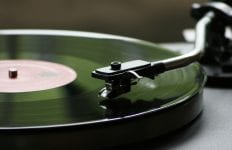 Vinyl May Outsell CDs For The First Time Since 1986→

VOL 86: Everybody Knows This Is Nowhere / Crosby Stills & Nash→