“After Hurricane Gustav struck Louisiana in 2008 and Hurricane Ike threatened the same area, I worked to protect consumers from the burden of having to pay two named-storm/hurricane deductibles in one season,” said Commissioner Donelon. “We partnered with the Legislature in 2009 to enact the single-season named-storm/hurricane deductible law to limit policyholder exposure to active hurricane seasons like the one we are seeing now.”

Homeowners policies carry a basic policy deductible typically ranging from $500 to $2,000 depending on the insurance company. However, after Hurricanes Katrina and Rita, separate hurricane, named-storm and wind and hail deductibles became common in coastal states. These deductibles typically run between two and five percent of your insured value, not two to five percent of your damage from a named-storm or hurricane.

For example, if your home has an insured value of $150,000 with a two percent named-storm/hurricane deductible, you would pay $3,000 out of pocket before the company would pay toward hurricane or named-storm damage. That means if the damage to your home is $3,000 or less, the insurance company will not be responsible for paying on your claim. If the damage to your home is $5,000, in this example you would pay the first $3,000 out of pocket and your insurance company would pay the remaining $2,000. You can find out how much your deductibles are by checking the first page of your homeowners policy or by calling your agent or company for more information.

About the Louisiana Department of Insurance: The Louisiana Department of Insurance works to improve competition in the state’s insurance market while assisting individuals and businesses with the information and resources they need to be informed consumers of insurance. As a regulator, the LDI enforces the laws that provide a fair and stable marketplace and makes certain that insurers comply with the laws in place to protect policyholders. You can contact the LDI by calling 1-800-259-5300 or visiting www.ldi.la.gov. To unsubscribe send an email to [email protected]. 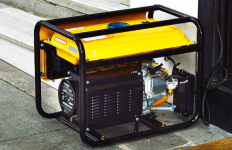