Here it is… Day 1 of Disney+… Arguably the most highly anticipated streaming service to grace your television is finally here.

After acquiring ownership of the Star Wars Franchise, Marvel, and Fox, Disney’s umbrella covers a vast amount of amazing titles. Originally my boyfriend and I decided to pre-order a subscription to the new streaming service because of The Mandalorian, the new Star Wars series. We woke up bright and early, grabbed the tv remote, and downloaded the brand new app to our smart TV. We really felt like kids unwrapping a present on Christmas morning when we opened the app. First, there was the excitement of seeing the featured image for brand new Star Wars series, followed by feelings of nostalgia as we were greeted by familiar titles we enjoyed as kids, like the X-Men animated series from the 90’s, The Simpsons, animated classics like Beauty and the Beast, The Lion King, Aladdin, and The Little Mermaid. 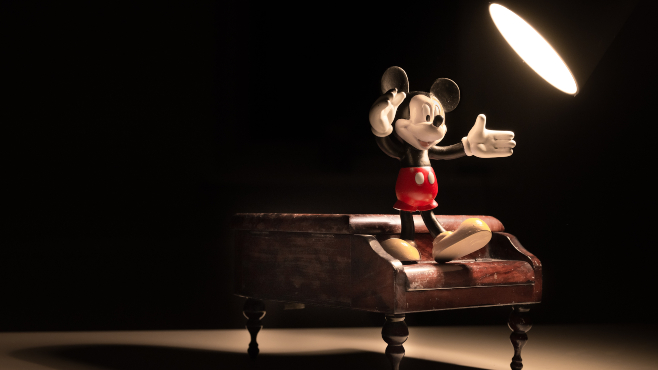 After we perused the library, it was time for the moment we truly had been waiting for… The Mandalorian. Much to our disappointment, it would not load, presumably due to its popularity. They actually made a post on twitter commenting on the issue. So we decided to watch something else, but we didn’t want to watch something old. We settled for the new live-action (with CG) version of an animated classic, Lady and the Tramp. I’ll admit, I was not expecting much, as I had heard about how awkward the live-action Lion King was, regarding the look of applying CG to make real animals appear to talk. I realized that I had forgotten most of the original movie plot points since I haven’t watched it since I was like 9 or so. All I really remembered was the unforgettable spaghetti scene.

As soon as it started, memories of the original came flooding into my brain. I suddenly remembered watching it at my parents’ house by the fireplace, the smell the house had, and even memories of the friends I had in my old neighborhood… just from seeing a remake of an old classic, it’s amazing just how much nostalgia washed over me, like a warm blanket from childhood.

There were some very appropriate updates made as well. In particular, the scene with the cats was completely changed, for a good reason. As soon as the two cats peeked their faces out from under the lid of the yarn basket, I started to remember the original scene… These cats were striped tabbies, instead of siamese, and the song was not familiar at all. I had to pause it. I did a quick search… “cat song lady and the tramp”… and suddenly I remembered it, and immediately realized why they changed it. The original was incredibly racially insensitive, and would not fly with a modern audience. The modified scene with the cats was shortened and didn’t really add to or take away from the new incarnation of the movie. There was also a lot of dialogue and humor added, which enhanced the experience. One part that really benefitted from added dialogue was the spaghetti scene. It was a very minute detail, but just before the scene, the dialogue makes it clear to the viewer that the restaurant is in the middle of a rush. This made the scene really funny, knowing the chef and server took the time to serenade two dogs for their meal, during a rush. During this scene, they even show people inside the restaurant noticing the elaborate treatment of the two dogs for their dinner.

Aside from a few hiccups, I’m impressed with Disney+. I will have to catch The Mandalorian after I get home from work today due to the issues earlier, and not all the titles are available yet, but I’m very satisfied.

You can enjoy Disney+ on the following devices: Why We Drop A Ball On NYE→