The stellar sophomore season for Hayden Cantrelle got some love on Wednesday when he was named to the ABCA Central All-Region First Team.

The Louisiana Ragin Cajuns now have had at least one student-athlete named to an ABCA Region Team in every season since 2013, the most recent being Colten Schmidt in 2018.

The former Teurlings Rebel started all 59 games at shortstop, leading the team with a .930 OPS, 119 total bases, 56 runs scored and 28 stolen bases.

Cantrelle became the 10th player in program history to record three home runs in a single game back on March 16th against Little Rock. Just two days later, Cantrelle hit for the cycle in an 8-3 win over Northwestern State to become the fourth player in school history.

Below is the list of the first and second Central All-Region Teams. 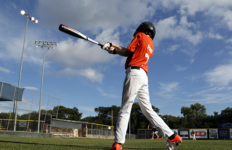