It’s like we’re living out some crazy plot about a social experiment from a science fiction movie… except it’s real. Everyone’s been cooped up so long that some of us are starting to exhibit “unusual” behavior. Well maybe unusual for some people, but I do stuff like this all the time!

There’s a new trend online that started in Australia, where people are posting pics and videos of themselves on social media dressed up in formal wear, costumes, or silly outfits… and taking out the garbage! The idea behind this is that the trash bin is going “out” more than us these days, thus the “Garbage Outing” trend was born. So I had my own ridiculously-clad outing… but to pick up something I had ordered at the video game store.

Rewind back to launch day of Final Fantasy VII Remake… I had been waiting for years for this game to come out. And a while back it was announced to come out on April 10th, with a pre-release on the 9th… which happened to be my birthday! That sweet moment of serendipity was crushed the moment the stay-home order was issued. My cosplay group had won an award for our Final Fantasy VII costumes last year, and had been invited as special guests at the video game store on Kaliste Saloom for the launch of the game, so that fans attending the event could take photos with the “characters”. However, with the order in place, that just wasn’t going to happen.

Much to my surprise, the video game store was considered an “essential business” because they carry computer accessories, and were offering online ordering and curbside pickup. That was all I needed. My game had been pre-ordered since last year, so that meant I could have my physical copy of (the limited edition) Final Fantasy VII Remake in all it’s glory.

But what about my hand-made costume of the character that I wanted to wear? Sure no one but the person at the door would see it… but who cares? As long as I could wear my face mask and gloves to safely collect my game, I was all about it. I had the same feeling as may others out there, there were no comic-cons or anime conventions for the foreseeable future, and I hadn’t worn non-pajama pants in days! It felt amazing. Dressing up in costume to go to the video game store was likely the most “normal” thing I had done all week.

More places around the world have jumped on the bandwagon of dressing up to take out the trash, and are sharing their silly photos in Facebook groups with others, like this group called Bin Isolation Outing. I think we need to do this here in Acadiana! It doesn’t have to be just taking out the trash, but doing any chore, a grocery store trip, or even to pick up something not so essential… just make sure you have a mask and gloves like I did in the video above, then disinfect the item as soon as you get home… and WASH YOUR HANDS! 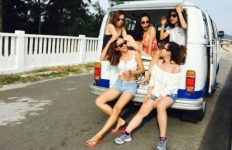 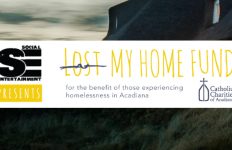 The Lost My Home Fundraiser→ 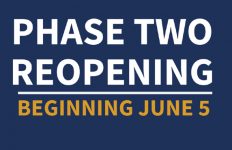