The Louisiana Ragin Cajuns did everything they could to extend their postseason run on Sunday afternoon, but a well-placed bunt helped Ole Miss advance to the next round of the NCAA Softball Tournament.

Ole Miss wasted very little time getting on the board in the bottom of the first with an RBI single through the right side by Gabby Alvarez. Later in the inning, Jessica Puk made it 2-0 with an RBI single of her own that scored Autumn Gillespie.

The Rebels made it 3-0 in the bottom of the third with an RBI single from Kaylee Horton and that put the Cajuns on the ropes. However, Raina O’Neal came up clutch in the fifth with a three-run home run over the left field wall to even things up. Julie Rawls came up huge in the sixth when she scored off of a wild pitch to make it a 4-3 ballgame.

However, Ole Miss closed things out after a sac bunt by Gillespie scored Katelin Cooper to tie things up. Horton then followed it up with a hit towards second base that got Kylan Becker across home plate to advance in the tournament.

The Cajuns had a lot of proverbial ducks on the pond, but couldn’t cash in on some opportunities and it showed in the winner-take-all game.

Player of the Game: Raina O’Neal

Raina O’Neal only had one hit, but it may have been the most impactful and clutch hit of the Cajuns season, breathing new life into a ballgame that felt like it was all Ole Miss at that point. 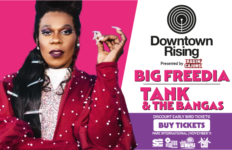