Wings – Wings at the Speed of Sound

Wings at the Speed of Sound was released on March 25, 1976, and is the fifth studio album from Wings. The album made the top spot in the US Charts and peaked at number 2 in the UK. Two singles were released, “Silly Love Songs”, followed by “Let ‘Em In’, both making it in the top 5, with “Silly Love Songs” making it all the way to number 1. To prove that Wings was more a band effort than a Paul McCartney solo effort, every member sang lead vocals on at least one track.

Eddie Money’s self-titled debut album was recorded at the legendary studio The Record Plant and was released in December 1977. The album was meant to be a studio version of Money’s live show and peaked at number 37 on the charts. Three singles were released: “Baby Hold On”, “Two Tickets to Paradise”, and “You’ve Really Got a Hold on Me”. 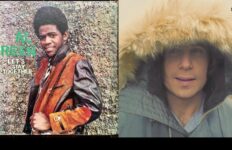