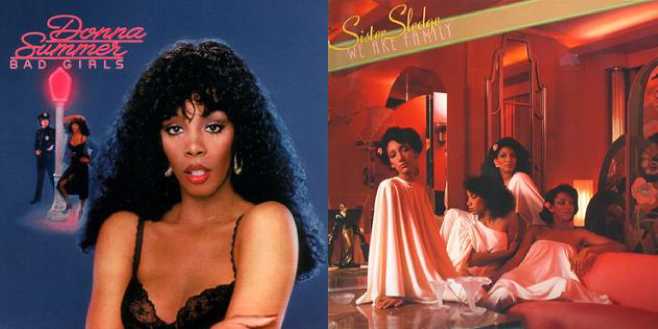 Bad Girls is the seventh studio album from Donna Summer. It was released on April 25, 1979, on Casablanca Records. It was released as a double album and contained two number one singles: “Hot Stuff” and “Bad Girls”, which both remained in the charts for 4 weeks. Summers was the first female artist to have two songs in the top 3. The album spent six weeks on top of the Billboard charts.

Sister Sledge – We Are Family

The third studio album from Sister Sledge was released on January 22, 1979. The album included four hit singles: “We are Family”, “He’s The Greatest Dancer”,  “Lost in Music”, and “Thinking of You”. The album topped the