The last studio album to feature Jim Morrison, L.A. Woman turns fifty this week! On The Turntable is honoring this event with a complete 50th anniversary airing this weekend. We’ll follow that with an album from a guitarist who just celebrated his 76th birthday … Robin Trower and Bridge of Sighs.

L.A. Woman is the sixth studio album from the Doors, released this very week in 1971.  The album is the last to feature lead singer Jim Morrison during his lifetime due to his death three months after the album’s release.  A heavily blues influenced album, the release happened at the time of my high school graduation and became a huge soundtrack in the summer of 1971 for me .  I can tell you that I wore out a few 8-track copies of this LP.  Love Her Madly was a big Top 40 hit, reaching the Top Twenty on the Billboard 100; and no fewer than six songs were in regular rotation on the FM Rockers in Detroit.

The album hit number nine on the Billboard 200 and charted for 36 weeks …. Best Ever Albums Dot Com considers L.A. Woman to be the 9th best album of 1971 and the 47th best of the decade … Digital Dream Door Dot Com ranked the album at number eight on its Top 100 of the year …. Riders On The Storm closes out side two and peaked at 14 on the Billboard 100 … L.A. Woman is also featured in the book “1001 Albums You Must Hear Before You Die.”

Notable Tracks – ‘Love Her Madly’ ‘L.A. Woman’ ‘Riders On The Storm’ ‘Cars Hissing By My Window’

Released the same week, just four years later than L.A. Woman, is an LP from a guitarist that does not receive the chops that he should … Bridge Of Sighs is the second solo effort from Robin Trower, former member of Procol Harum … the album’s title was named after a race horse that Trower saw in the sports pages of a British newspaper … The alvum peaked at #7 on the Billboard 200 and was supported by a world tour that I witnessed in Detroit.

Bridge Of Sighs is the crown jewel in Trower’s catalog and opens with his most covered song … ‘Too Rolling Stoned’ … Best Ever Albums Dot Com considers Bridge to be the 48th best album of 1974 and the 545th best of the decade … Digital  Dream Door Dot Com ranked the album 38th on its Top 100 of the year. 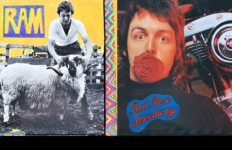 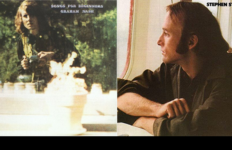 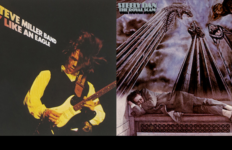 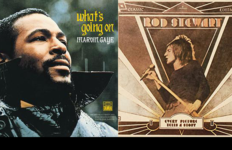