When I was in college, there was something called the “Freshman 15” which was supposedly an extra 15 pounds that students gain during their first year of college. Partially thanks to my daily trek across UL campus from Fletcher Hall to the math building at Maxim Doucet Hall, I didn’t gain it… Now there’s a new term similar to the “Freshman 15” that has entered our vocabulary since the outbreak. They’re calling it the “Quarantine 15”, and it actually rhymes way better than the original catchphrase. As you may have guessed, it is referring to an extra 15 pounds gained from stress -eating and sitting on the couch all day during the stay-at-home order.

Even though it’s easy to assume this is happening to the majority of Americans during this time, a survey has revealed that it’s not affecting nearly as many people as you would think. 79% of Americans in a new survey said their eating habits have been the same or BETTER during the lockdown. I personally have noticed I’ve been feeling great since I’ve been cooking more at home and have actually had time to exercise daily, as opposed to before the pandemic. Here are some other results from that survey, which take a deeper look at our eating habits since the stay-at-home orders were issued.

1.  Only 21% say their overall diet has been worse because of the
lockdown.

2.  45% have been cooking more meals at home with healthy ingredients.

5.  Just 12% are relying on more processed and pre-packaged foods.

6.  Only 10% said they’re getting more delivery and takeout.

If you have been maintaining a healthy diet, but have noticed you have gained a little, you may just need to work in a little exercise. Many people who are out of work now are not on their feet all day. Furloughed retail workers are no longer walking around at their store, lifting boxes of shipments, and employees of restaurants that have closed are no longer walking around seating people and bringing trays of food to tables. Even though it doesn’t sound like exercise, it does burn calories and help keep your muscles toned. Try walking around your neighborhood every day, or find home workouts on YouTube that don’t require fancy equipment. Just doing a little bit of physical activity daily makes a world of difference, not just for your overall physique, but you’ll feel better too! 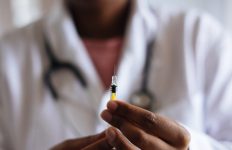 First COVID-19 Vaccine in US Poised for Final Testing→ 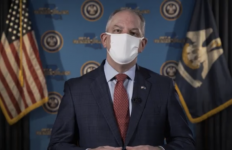