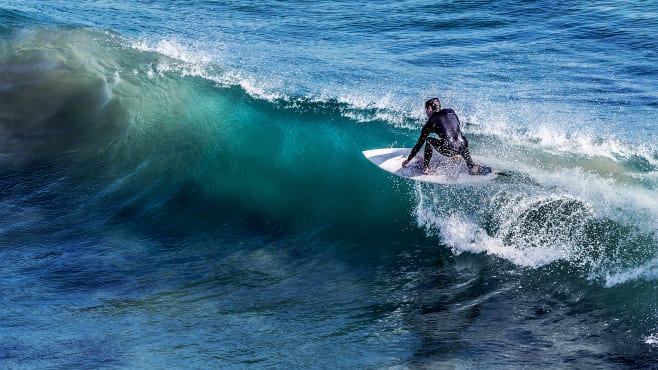 A surf board with two giant eyes painted on the bottom sounds like a pretty strange design, right? Strange yes, but much safer according to… SCIENCE!

Many hobbies out there involve some level of risk, and surfing is certainly one of them. Even though it is rare, shark attacks do happen, and can be deadly for surfers. Unfortunately to a shark, a surf board just looks like a seal, or other juicy snack… Obviously, attacks can not be out right prevented, but there are a few ways surfers deal with this potential risk. One of them involves sticking giant eyeballs to the bottom of your surfboard.

There is a company that is selling these large eye stickers, called “Shark Eyes”, which can be attached to surfboards, diving gear, and surfing clothing. It aims to accomplish the same goal as the eye-like markings on fish that sharks prey upon. Sounds silly, but there is scientific research based on shark behavior that backs this up. Besides, the giant creepy eyes look kinda cute, it gives the board a face!

The idea comes from nature’s way of dealing with these predators. Great whites are particularly ambush predators, which means if they feel their prey has seen them already, they are less likely to want to attack. Certain animals have evolved to develop markings that that look a lot like eyes, which give sharks and other predators the idea that they’ve already been spotted by the prey, and that they have lost the element of surprise.

There are other things surfers can do to minimize the threat of shark attacks, like adding stripes to the legs of their wet suits, which makes them look less like seals, the main prey for great whites. From the manufacturers of Shark Eyes, there is “SharkShield,” a device that puts out an a electrical field to trigger spasms in a shark’s electrical receptors if it gets within range. All of these methods help, but do not fully prevent the occurrence of shark attacks. Even though great white sharks are reportedly involved in more attacks on humans than any other kind of shark, there is only a 1 in 3.75 million chance that it will ever happen. 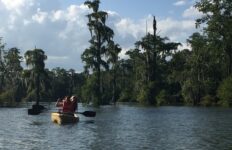 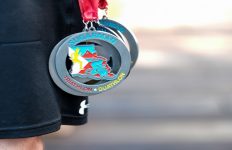 SugarMan Triathlon and Duathlon Coming Up in October→ 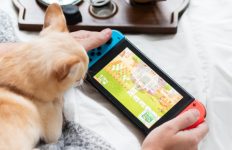 Nintendo Is making Bank Because of Animal Crossing→ 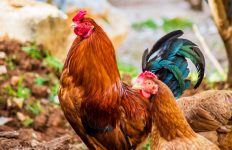